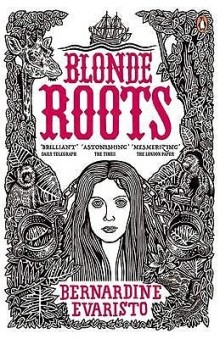 Despite the exciting synopsis, I have to admit I was left a bit disappointment and my excitement turned into wanting to finish the book as soon as possible so I could start a new one.

It wasn’t the prose and writing I struggled with though reading the main character’s POV was a bit too too long in certain bits. My struggle was with the trying to connect all the pieces together, especially the timeline.

Our main character Doris, is an Englishwoman living in a  reversed transatlantic slave trade, where Africans have enslaved Europeans. The author has created an entire ‘reversed’ world- complete with reversed geography- bearing in mind how the world would have looked if Africans had enslaved Europeans. We have made up names, cities, words and places. A new map.

Unfortunately, I found it difficult to relate to Doris at first, despite my best efforts to put myself in ‘her shoes’. I was always rooting for her escape and chance of freedom but the beginning was spent too much on the past and not on the present. Plus, there was the timeline I just couldn’t quite figure out. For the first part of the book, I was confused to when exactly we were in time; one moment we seemed to be two hundred years ago in England, then we are talking about CVs, printing and other modern days slang such as swagger. We have stakeboarding and techno music as well as fancy shops but we also have carriages and horses, but also a tube.

The second part of the book is from the point of view of a slave trader, our antagonist, that I have to admit was much more interesting to read. He explains his point of view, how he sees ‘wiggers’  and why he does what he does. And why he thinks the whytes (the author’s spelling not mine) were not to be considered ‘humans’.

The third part and ending was I think rushed. It’s where the whole excitement takes place, where I finally got to wanting to read more- rather than get this over with- and know more and felt that connection with the character, only to have it severed at the best possible part of the whole book.

I don’t think the book was meant to let white understand what slavery had been about; because I don’t think that could be put into words and despite reversing the slave trade and rearranging the world, it just didn’t work for me even though the author was good at switching cultures; Doris missing the cold and mist and hating the scorching sun. The author using Wiggers as a term of abuse and switching cultural beauty standards.

It was a good read but not one that would make me stop a couple of days and think about the story before starting a new book. There is something there, but it’s not for everyone. 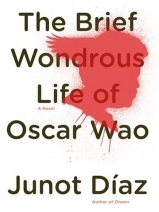